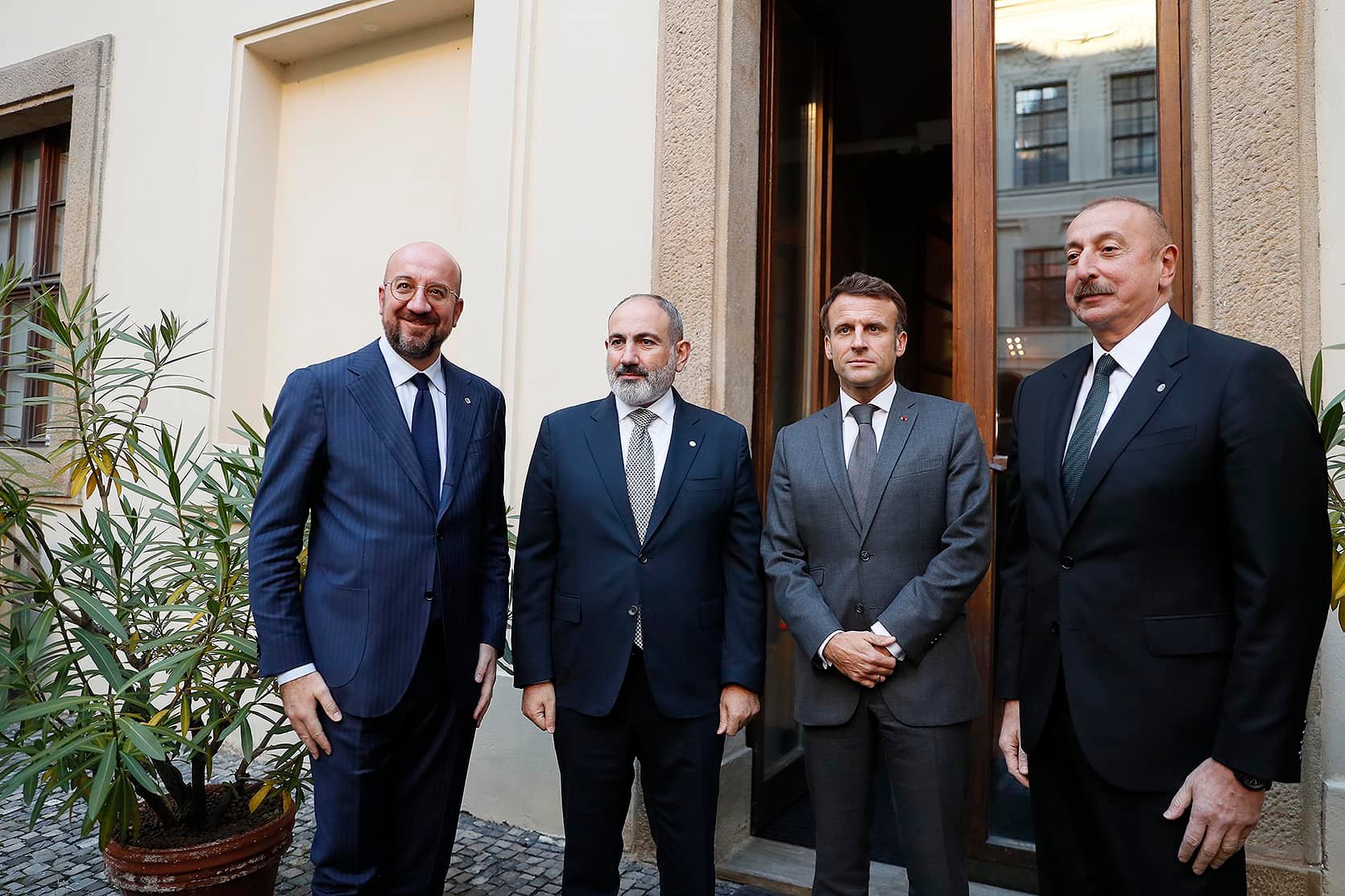 The European Union will send a “civilian EU mission” to Armenia to help delineate the borders with Azerbaijan, stakeholders announced Friday after a meeting with France in Prague.

The mission will start this month in October for a maximum of two months, according to a joint statement issued after talks between Armenian Prime Minister Nikol Pashinyan, Azerbaijani President Ilham Aliyev, French head of state Emmanuel Macron and European Council President Charles Michel.

“There was an agreement by Armenia to facilitate a civilian EU mission alongside the border with Azerbaijan. Azerbaijan agreed to cooperate with this mission as far as its concerned,” the statement said.

The purpose of the mission will be to “build confidence and, through its reports, support the border commissions.”

The three leaders and the European Council president had met for several hours late Thursday night on the sidelines of the first gathering of the European Political Community in Prague.

They also said that Armenia and Azerbaijan had confirmed their commitment to the UN charter and “the Alma Ata 1991 Declaration through which both recognize each other’s territorial integrity and sovereignty”.