Members of the Flemish Parliament are calling on the Flemish Prime Minister to take action regarding the blockade of the Lachin Corridor. EAFJD 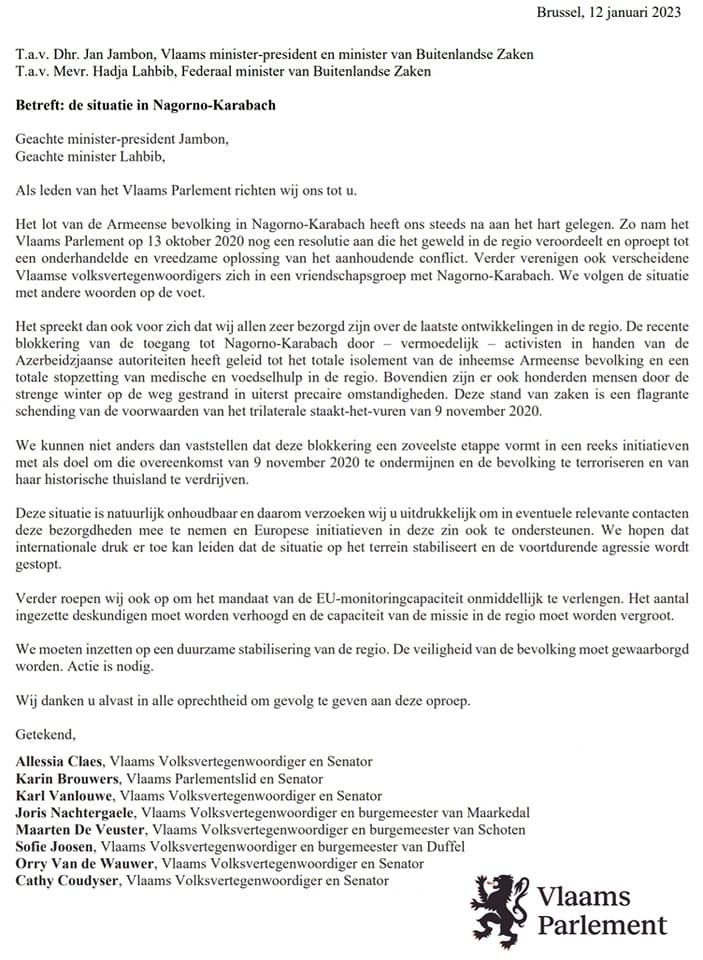 Members of the Flemish Parliament, Allessia Claes, Karl Vanlouwe, Joris Nachtergaele, Sofie Joosen, Orry Van de Wauwer, Karin Brouwers, Maarten De Veuster, Cathy Coudyser are calling on the Flemish Prime Minister and Minister of Foreign Affairs Jan Jambon and Federal Minister of Foreign Affairs Hadja Lahbib to take action regarding the blockade of the Lachin Corridor, which has been closed for more than a month.

The EAFJD thanks the MP’s for their commitment and efforts to stand up for justice and the human rights of the native Armenian people of Nagorno-Karabakh/Artsakh.