Concert-exhibition dedicated to Lazar Saryan and Martiros Saryan in London 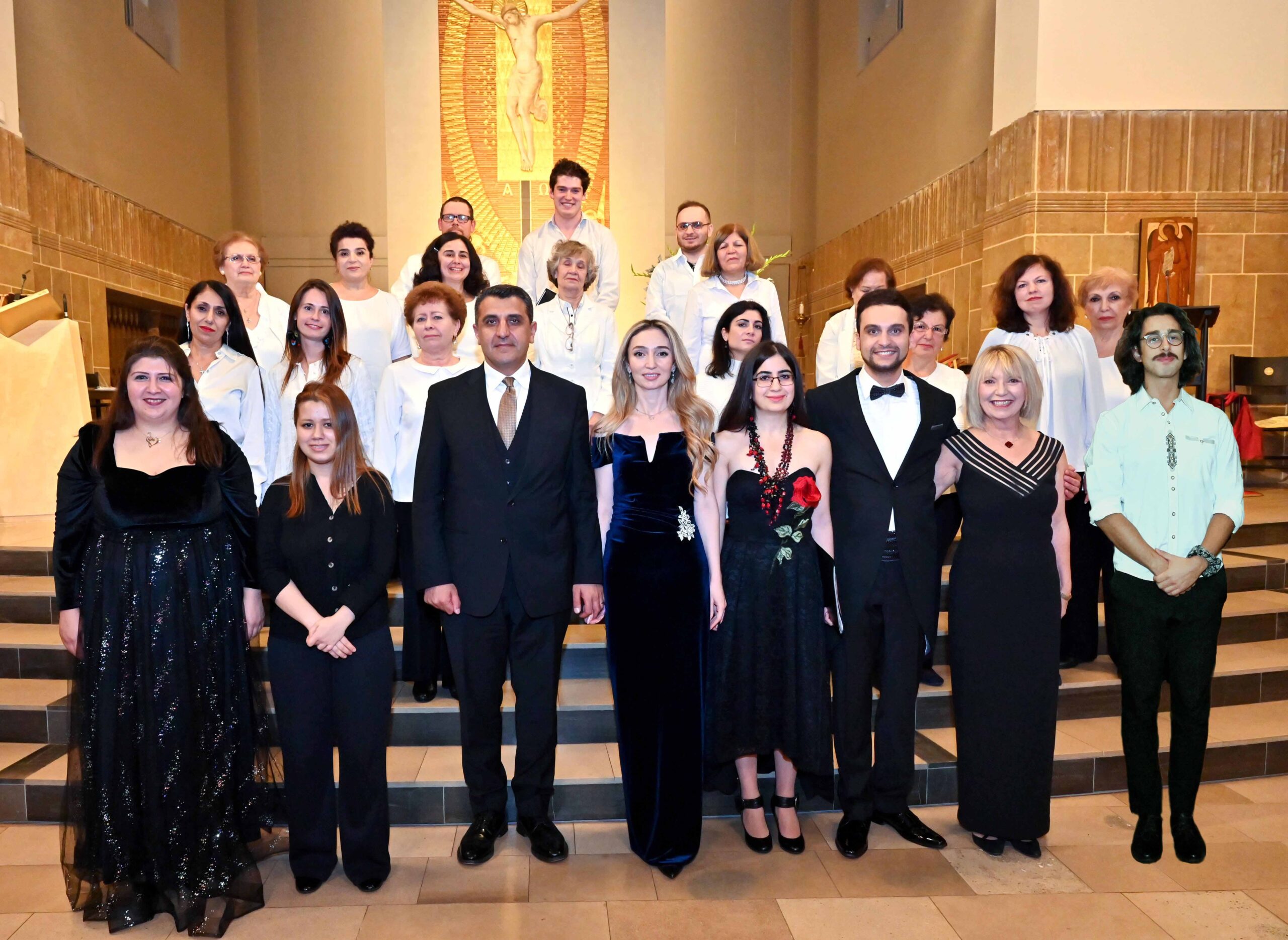 On October 15, in the Royal Borough of Kensington and Chelsea, London an exquisite concert-exhibition dedicated to composer Lazar Saryan and painter Martiros Saryan took place in Our Lady of Victories Church.

Lazar Saryan’s music and Martiros Saryan’s artworks were presented in the UK for the first time during this memorable event.

Picture replicas were sent by Sofya Saryan from the house museum of Martiros Saryan in Yerevan and presented at the event in cooperation with Sipan Olah from KCCA London.

Greetings and welcoming speeches were delivered by Monsignor Jim Curry of Our Lady of Victories church and his Excellency Varuzhan Nersesyan the Ambassador of Armenia to the UK.

The concert presenter Joanne Zoryan Lynn presented key facts about the father and son Saryans and made statements about each musical piece and performer.

Music by the composer Saryan “Adagio and Dance” for string orchestra and timpani was performed by Klingen Chamber Orchestra under the baton of maestro Sipan Olah.

The first part of “Orchestral Serenade” edited by Sipan Olah for solo oboe, string orchestra and percussions was the next orchestral piece of the concert. During his research maestro S. Olah found out that the printed music scores for this piece were completely lost. After his request, Sipan received hand written manuscripts from Sofya Saryan, daughter of Lazar Saryan from Yerevan and with joint efforts, they recovered the music. Oboist Hagop Jack Mouradyan with Klingen Chamber Orchestra, under the baton of Maestro S. Olah performed this piece.

A major musical romance “Why were you late” expressing love through beautiful nature was performed by well-known tenor, Maestro Sipan Olah with his orchestra.

The song “A spring morning” by L. Saryan was performed by talented soprano Narine Malkhasyan and pianist Maria Palazian.

London-based Klingen Choir with artistic director and conductor Sipan Olah and pianist Maria Palazian presented songs by L. Saryan. The songs were arranged for the choir for the first time by maestro Sipan Olah. Lazar Saryan loved Armenian traditional folk music. The song “Harvesting grapes” was sung by the choir spiritually taking the audience to sunny and mountainous Armenia where juicy and tasty grapes grow.

The melodic romance “I can’t forget you”, performed by the soloist, talented soprano Hayarpi Yeghikyan with the Klingen Choir was warmly welcomed by the audience.

The final piece of the concert was the patriotic song “I sing for you my motherland”, which was performed by the four-voice Klingen Choir under the baton of maestro Sipan Olah accompanied by the pianist Maria Palazyan.

One of the missions of this event was to promote the musical heritage by Lazar Saryan in the UK.