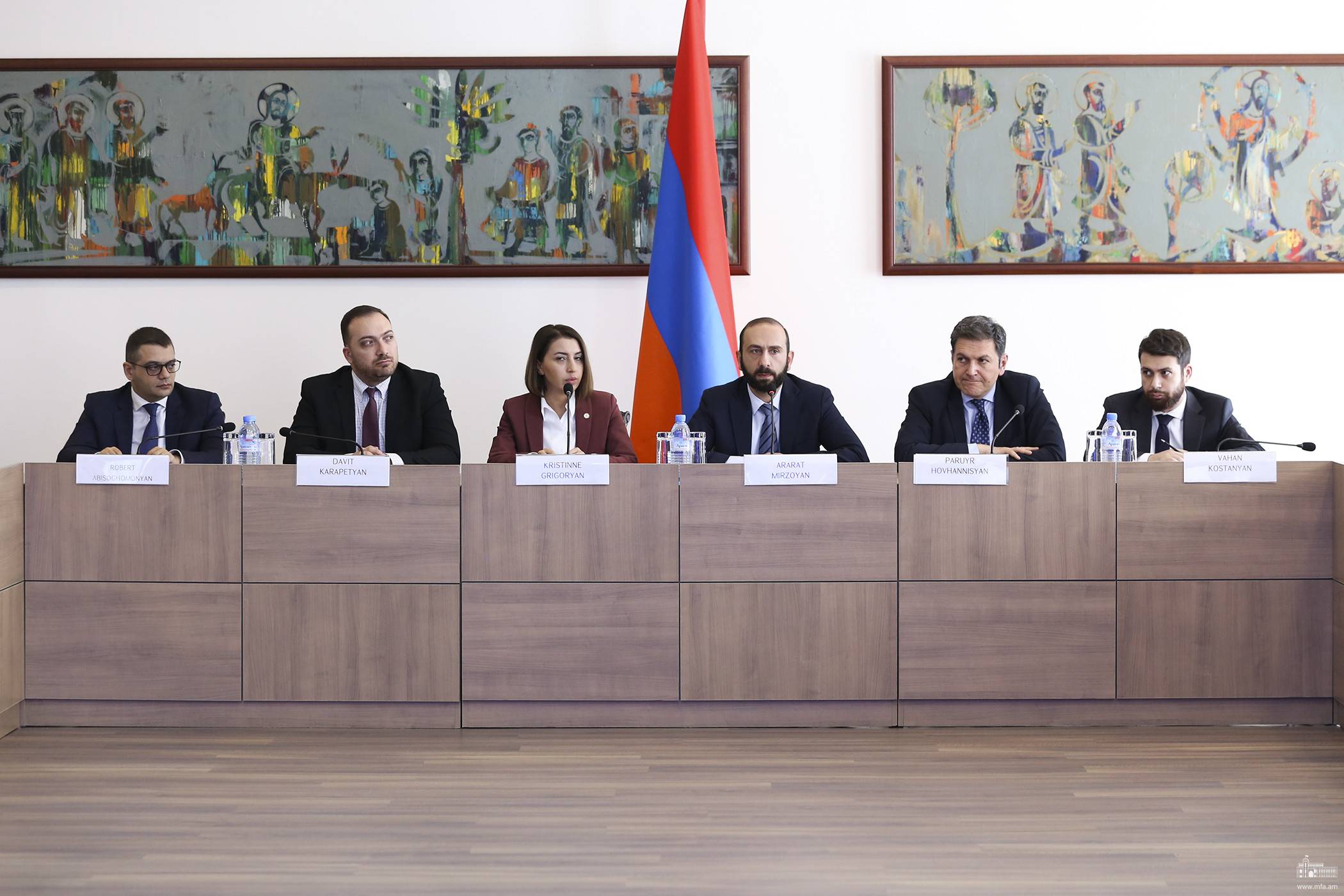 As you already know, around midnight on September 13, the armed forces of Azerbaijan launched a large-scale attack in the eastern and southeastern directions of the Republic of Armenia, in fact, encroaching on the territorial integrity of the Republic of Armenia. The aggression was carried out with the use of artillery, mortars and UAVs, including not only in the Armenia-Azerbaijan bordering area, but also in the direction of Sotk, Vardenis, Goris, Kapan, Artanish and Ishkhanasar towns of Gegharkunik, Vayots Dzor and Syunik regions and their civilian infrastructure.

As of today, the Armenian side has 105 military casualties. Azerbaijanis publish videos on social media networks, where new Armenian prisoners of war can be seen. In this context, the reaction of the international community is important in terms of preventing torture, violence, extrajudicial killings and enforced disappearances of Armenian prisoners of war as it was during the 44-day war.

It should be noted that the unleashed aggression was preceded by Azerbaijan’s months-lasting warmongering rhetoric and statements questioning the territorial integrity of the Republic of Armenia, the claims towards our sovereign territory voiced at the highest levels, as well as the recent provocations against Armenia.

Azerbaijan, as per his behaviour, accuses the Armenian side of launching large-scale provocations. Of course, I assume that your knowledge on the region and the information at your disposal is sufficient to determine which side initiated aggressive actions, but I consider it necessary to draw your attention to the developments preceding this large-scale aggression.

We have been constantly receiving information about aircrafts carrying military-cargo flights from Turkey to Azerbaijan. And, on September 5-9, the air forces of Turkey and Azerbaijan carried out a joint military drill, the declared task of which was the destruction of air and land targets of the conventional enemy.

On September 10, during a meeting with the General Staff, the Minister of Defense of Azerbaijan instructed to be ready to immediately and sharply respond to provocations. He also gave additional instructions to improve the medical assistance of servicemen at the border with Armenia.

Similar steps have been undertaken in the period preceding the 44-day war in 2020.

Speaking about deeper reasons, it should be emphasised that Azerbaijan expects that Armenia should agree to their every condition without negotiation.

During the meeting held in Brussels on August 31, Ilham Aliyev stated in an ultimatum manner that he is not going to speak with the Republic of Armenia about the settlement of the Nagorno-Karabakh conflict because, according to him, Nagorno-Karabakh and the Nagorno-Karabakh conflict do not exist, and the issue of the Armenians of Artsakh is the domestic issue of Azerbaijan, which,  if necessary, will be solved, based on the Constitution of Azerbaijan. Obviously, this approach is absolutely unacceptable for the Armenian side, and is not at all similar to peace negotiations, but is a manifestation of a maximalist policy.

The picture is similar in the work of the trilateral commission on the unblocking of regional infrastructures and transport communication, where Azerbaijan, in fact, attempts to get an extraterritorial corridor. The Armenian side has repeatedly stated its position on the readiness to provide communication links to Azerbaijan after the clarification of the road transportation regime, which should ensure the countries’ sovereignty and jurisdiction over the roads passing through their territories. Meanwhile, the implementation of the agreement reached on the resumption of the railway is hindered by Azerbaijan.

Azerbaijani aggression is a gross violation of international law, the UN Charter and the Helsinki Final Act. In the current geopolitical conditions, Azerbaijan, in fact, attempts to achieve its demands and aspirations by the use of force and threat of use of force.

I want to note with regret that such an untamed behaviour of Azerbaijan is also a result of the non-targeted statements of the international community during the previous aggressions started from May 2021. I am grateful to all those countries who were straightforward in their statements during these two days, and I expect a similar fair position from other partner countries as well.

The Republic of Armenia, taking into account the severity of the situation, has decided to use all the diplomatic instruments at its disposal to halt the Azerbaijani aggression and return the Azerbaijani army to its starting positions. Accordingly, Armenia appealed to the Russian Federation, the CSTO and the UN Security Council.

At the meeting of the CSTO Collective Security Council held yesterday evening, a decision was made to delegate CSTO monitoring mission and Stanislav Zas, Secretary-General of the Organization, to Armenia. The current situation will be discussed at the session of the UN Security Council today.

We expect Azerbaijan to immediately undertake the following actions: