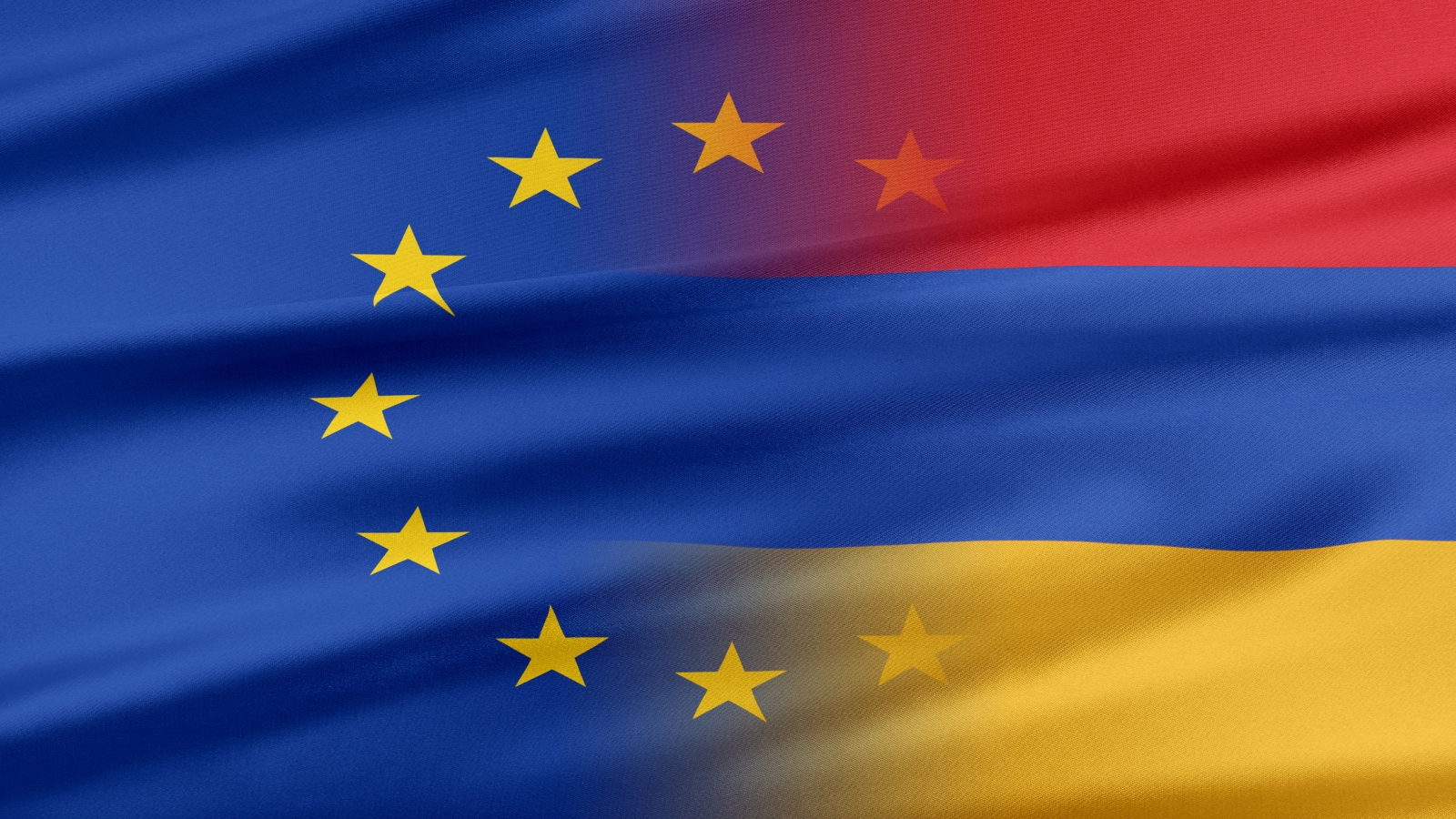 EAP CSF’s Armenian National Platform is sounding the alarm about the threat of resumption of war against Armenia and Nagorno-Karabakh/Artsakh by Azerbaijan, which is fraught with new destabilization and casualties in the region, as it already happened this year in early August, and calls on the European Union to step up its efforts in mediating between the parties involved.

President of Azerbaijan, Ilham Aliyev’s repeated statements about his territorial ambitions toward the Republic of Armenia and the non-recognised Nagorno-Karabakh/Artsakh Republic pose a threat of unleashing a new war against Armenia and Artsakh. Azerbaijan’s ongoing military build-up,  including large-scale purchases of modern weapons from Turkey, Israel, and Pakistan, including the latest generation of drones and artillery, as was happening during the months leading up to the war in 2020, combined with President Ilham Aliyev’s statements on continuing Azerbaijan’s military expansion, stating that “the force factor is a priority from now on”, and attempts to force Armenia to provide him with an exterritorial “corridor” and accept his terms of demarcation and delimitation, prove once again that Baku is not afraid to act in disregard of international law.

“The current president of Azerbaijan, the country, which unleashed war in 1991, 2016, and 2020, who is the main threat to the freedom and security of his own society, declared that Armenians can live safely in Azerbaijan. This statement is not to be trusted. First, it comes after involving Islamist extremists and mercenaries in the last war and committing numerous war crimes in the conflict area. Second, Armenophobia, propaganda of hatred, and cultural genocide at the state level continue to this day in Azerbaijan, as documented by the International Court of Justice in The Hague, the judgment of ECHR in 2020 on the case of Gurgen Margaryan – who was axed in his sleep by Ramil Safarov in Budapest in 2004 – and the ICJ judgment passed on 26 March, documenting the violation of the right to life on the basis of ethnic discrimination. Not only did Azerbaijan not stop but even intensified its discriminatory policy and hate speech toward Armenians after the 44-day war, making obvious its desire for the territory of Nagorno Karabakh without the Armenian population. Parallel to all this, the vandalism and destruction of historical and cultural monuments in the territory of Artsakh, which passed under the control of Azerbaijan, continues.

For years, the alarms sounded by the EaP CSF about existing general and deep problems in human rights and democracy in Azerbaijan have always coincided with the evaluations of many reputable international organisations, highlighting particularly the fact that Azerbaijan’s current political system cannot afford free, safe and dignified life for people. This proves once again that the heart of the Karabakh conflict problem is not the territory itself but the inability and unwillingness to ensure the security and rights of the people living in that territory.

This situation is made worse as multiple incidents prove that Russian peacekeepers are not fulfilling their duty to keep the peace.  No steps have been taken to ensure safe conditions for more than 35,000 Armenian refugees from Hadrut, Shushi, Mataghis, Talish, Khtsaberd, and dozens of other settlements to return to their native homes. In April 2022, Russian peacekeepers participated in the ethnic cleansing of another Armenian village in Artsakh, Parukh, while the nearby Karaglukh hill was occupied by Azerbaijani troops, in violation of the terms of the ceasefire agreement of 9 November 2020. In August 2022, at the request of Russian peacekeepers, the self-defense forces of Artsakh were removed from the heights surrounding the Armenian Yegtsahogh village. After this, the territory was occupied by Azerbaijani armed forces, who took the Armenian village under their direct control, thus making it unsafe for living.

At the same time, according to the ultimatum by the Russian side, the Armenian civilians living along the Lachin Corridor, most of whom are refugees from other settlements in Azerbaijan, must again leave their homes by 25 August. This requirement was not foreseen by any agreement, including the tripartite ceasefire declaration of 9 November 2020. Lastly, the Kremlin has been using its peacekeepers to allow or ban Armenian journalists or politicians from entering Artsakh at its own discretion, thus violating the provisions of the 9 November declaration, the implementation of which it is obliged to guarantee.

All of these prove the fact that Ilham Aliyev’s statements on the safety of Armenians in Azerbaijan are false, that the goal of the ruling dictatorship in Azerbaijan remains the ethnic cleansing and depopulation of Artsakh, or even the elimination of the Armenian heritage, and that official Baku closely cooperates with the Kremlin in this matter.

In such conditions, we welcome the Resolution adopted on 10 March 2022 by the European Parliament, in which it strongly condemned “Azerbaijan’s continuous policy of erasing and denying Armenian cultural heritage in and around Nagorno-Karabakh, in violation of international law and the latest decision of the International Court of Justice”, and also acknowledged that “the destruction of Armenian cultural heritage is part of a broader pattern of systemic, state-level policies of Armenian hatred, historical revisionism, and hatred of Armenians promoted by the Azerbaijani authorities, including anti-humanism, glorification of violence, and territorial claims against the Republic of Armenia, which threaten the peace and security in the South Caucasus.”

We also highly appreciate the statement of the United States Senate Committee on Foreign Relations, condemning Baku for the military escalation in the first days of August, noting that “Azerbaijan’s deadly attacks in Nagorno-Karabakh are not only in violation of the ceasefire but also an unacceptable continuation of its recent pattern of aggression. Azerbaijani forces must withdraw from the region & end hostilities against the people of Nagorno-Karabakh.”

We also welcome the mediation of the European Union aimed at establishing lasting peace in the region, which seeks to complement, but not cancel, the mission of the OSCE Minsk Group, endowed with the highest internationally recognised mandate for the peaceful settlement of the conflict.

We also highly evaluate the statement of the EU Council President Charles Michel’s spokesperson made on 31 May, where among other positive messages, it was noted that during the tripartite meeting held in Brussels, the parties confirmed the absence of extraterritorial demands related to transport infrastructure in the context of road blockades. We appreciate the EU Council President’s statement that the main issues that led to the first Nagorno-Karabakh war, as well as its resumption in 2020, should be resolved by all interested parties in order to create stable and fair peace conditions. At the same time, we believe that the EU should be more vigilant towards the aggressive authoritarian regime of President Aliyev and more direct in criticising him, which could serve as a more effective method of preventing the resumption of another war in the EaP region in the near future.

We call on the leadership of the EU to:

We are confident that the European Union will remain faithful to the principles underpinning the Eastern Partnership and, while fulfilling its role as mediator, will offer clear political and economic mechanisms that will exclude the resumption of war, assist the peaceful and stable resolution of the conflict based on the principles of democracy, human and people’s rights protection.