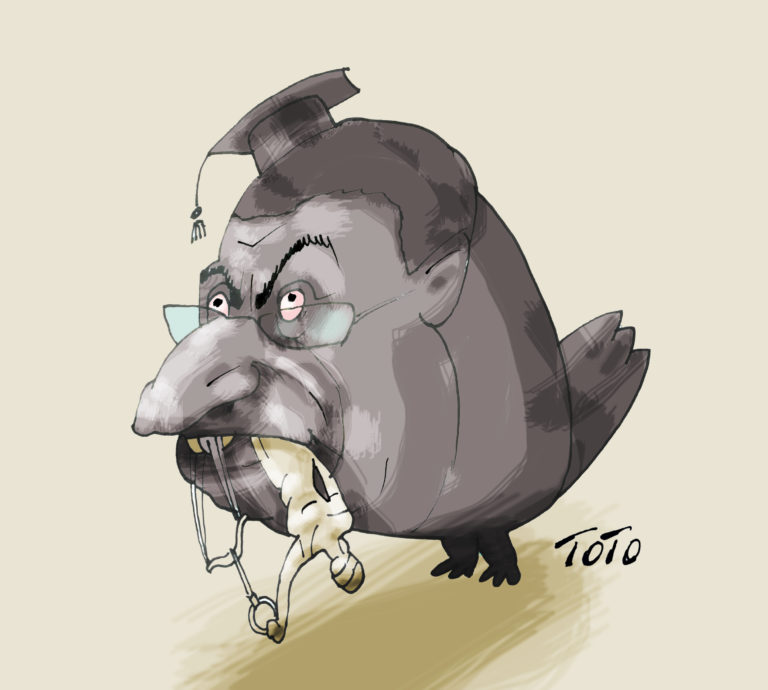 When Nikol Pashinyan came to power in 2018, he brought under his control the legislative and executive branches of the government. He was able to have absolute power on the legislative front because he was able to install a rubber-stamp parliament through his ruling party, Civic Contract. The judiciary, however, remained beyond his reach, but not for long.

There is no question that the judicial system needed reform because corruption in the previous regime was rampant and the system was used as an apparatus for the government to settle scores or to prosecute perceived enemies. There were certainly some honest judges who carried out their jobs with integrity. However, Pashinyan himself and his circle decided to take a page out of the former regime’s playbook rather than bring actual necessary changes in the judicial branch. Their slogan had become loustratzia (purge in Armenized Russian) and to achieve that purge, they did not hesitate to use any and every method, legal and illegal.

From the beginning, Pashinyan focused on the courts. In his first days in power, he ordered the mob to block the entrance to the courts, thereby paralyzing the system.

Former President Robert Kocharyan was a prime target for the new regime. Kocharyan did not have clean hands but the methods used to embarrass him went beyond the legal parameters. He was certainly responsible for the March 1, 2008 events during which 10 persons were killed. But after the new administration embarrassed Kocharyan for a year and kept him behind bars illegally before his trial, he was acquitted because the court found that there were no articles in the constitution on which to base a prosecution of the former president. Therefore, the government decided to change the constitution to be able to go after Kocharyan.

Next in the administration’s sights was Hrayr Tovmasyan, then president of the Constitutional Court. He was persecuted by the government and hounded by the loyal media. The campaign only resulted in removing him from the position of president. However, he fought tenaciously to remain on the constitutional court.

Nikol Pashinyan kept blaming the former regime, whose leaders controlled the courts and on whose watch the judges expected calls from the executive branch to get their orders regarding verdicts. Pashinyan has bragged that he has never placed a phone call to any judge. One has to believe his statement, because when he can place his cronies on the court benches, who are familiar with the administration’s political agenda, they will perform accordingly and don’t need reminders through phone calls.

Thus far, the actions of the ruling circles, perhaps, deserved the benefit of the doubt, that they may have acted in good faith and within legal norms. However, recent scandals divulged the entire truth about the process carried out to “reform” the judicial system. The star of the scandal is a notoriously corrupt judge who had jumped ship from the previous regime to save his skin after the Velvet Revolution. His name is Gagik Jhangiryan. After the scandal was made public, Jhangiryan confessed that he had acted with the aim of blocking the return of Robert Kocharyan to power, meaning he was commissioned by the executive to execute a political mission using the judiciary process.

Next in line for the purge was Ruben Vartazaryan, the chairman of the Supreme Judicial Council (SJC). The duty of this body is to oversee the courts and regulate the conduct of judges.

Following the signing of the November 9 capitulation, a mob entered the parliament and attacked then Parliament Speaker Ararat Mirzoyan. Pashinyan wanted the attackers punished severely, but Vartazaryan freed the attackers and publicly claimed that there was government pressure exerted on him. This action cost him his job and in addition he himself was charged with obstruction of justice.

Vartazaryan denied the charges and stated that he was indicted because the government was planning to replace him with the aforementioned Gagik Jhangiryan. The government could have won its case in the court of public opinion had it not been for the underhanded methods implemented by Jhangiryan to try to convince Vartazaryan to submit his resignation voluntarily.

These devious methods seem to have become common practice for Pashinyan’s regime; to indict people with trumped-up charges and settle scores with them.

Thus, a meeting was arranged at a restaurant between Jhangiryan and Vartazaryan. Now we find out that the latter secretly recorded their discussion and he made 14 minutes of that tape public. During their discussion, Jhangiryan made promises that he would drop the changes against Vartazaryan if he voluntarily tendered his resignation. It is not enough that he committed a crime, but the foul language he used was full of profanities out of place for a judge or even an ordinary citizen. Jhangiryan later appeared on a talk show with Petros Ghazaryan and apologized to all the women in Armenia: “Sisters, daughters, wives, the unfortunate statements were not intended for you. I apologize.”

The Supremacy of State Interests

At this time, there is outrage throughout Armenian media. Even the political analysts friendly to the regime have been asking for Jhangiryan to resign from his position as the pro tem president of the Supreme Judicial Council, a position formerly held by Vartazaryan.

Despite the raging scandal, Jhangiryan had the nerve to face the public to present the verdict against Vartazaryan. In a statement read by Jhangiryan, the SJC stated that Vartazaryan has been sacked as both chairman and member of the council as well as judge of Yerevan Court of the First Instance for “significant disciplinary violations.” Sadly, the decision was backed by eight docile members of the SJC, with one dissent. Jhangiryan also resorted to a ruse of backdating the document to June 16, before the date of the tape leak.

Following the release of the tape, the public was shocked and the government stayed silent. But after some questions by the media, some members of the parliament, including from the ruling party, began justifying the scandalous bargain between the two judges as “normal course of business between two colleagues.”

This scandal taints the entire process, which Pashinyan claims to be a matter of reforming the judiciary.

The former regime was using the courts to settle its political scores and now we find out that the “revolutionary” regime is no different. This tarnishes all claims that the regime is trying to democratize the system in which three branches of the government need to balance and check each other.

The use of the courts as the long hand of the regime has been manifested during local elections as well, when opposition representatives winning at the ballot box are placed behind bars with trumped-up charges, as happened in Vanadzor. There, Mamigon Aslanyan was the undisputed winner but he ended up in jail instead when the votes couldn’t be changed.

As Azerbaijan’s Ilham Aliyev threatens Armenia’s borders with mounting threats every day, the priority of the Pashinyan government must shift from a domestic witch hunt to keeping the country safe and secure.