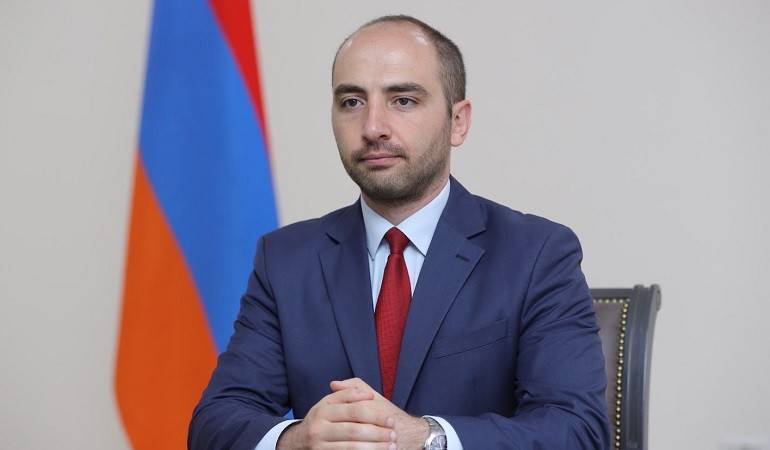 We strongly condemn the statement made by the Minister of Culture of Azerbaijan Anar Karimov (February 3) on the establishment of a working group for the destruction and alteration  of the identity of the Armenian religious and historical-cultural monuments fallen under the control of Azerbaijan. The establishment of such a working group at the state level aimed at deliberate and illegal appropriation of the historical and cultural heritage of the neighboring people and depriving them of their historical memory, is unprecedented even in the history of conflicts. It once again demonstrates the fact that the cases of vandalism and destruction of the Armenian historical, cultural and religious heritage in Nagorno-Karabakh during the 44-day war and the following period, are deliberate and pre-planned, and are part of the policy of annihilating Nagorno-Karabakh’s indigenous Armenian population.

This action of the Azerbaijani Government is a blatant defiance to the decision on application of provisional measures issued by the UN International Court of Justice on December 7, 2021, which clearly obliges Azerbaijan to; “Take all necessary measures to prevent and punish acts of vandalism and desecration affecting Armenian cultural heritage, including but not limited to churches and other places of worship, monuments, landmarks, cemeteries and artifacts.”

In view of the current situation, the immediate intervention and unimpeded involvement on the ground of the international community, in particular UNESCO, is becoming more urgent for the preservation and prevention of the cases of vandalism against the Armenian monuments of Artsakh, which are part of the universal cultural heritage.

This policy of destruction and distortion of the identity of the Armenian historical and cultural heritage and religious sanctuaries contradicts Azerbaijan’s statements on achieving reconciliation in the region, and creates serious obstacles to the establishment of lasting peace in the region.